Qualifying as a Chartered Accountant in 1979, Peter Wyatt knew accounting was a stepping stone to life as both an entrepreneur and pioneer in the global business community.

He started his first business at 25 (music promotions) and then moved into insurance in the 80’s selling his stake in 2003 of the leading global claims management firm he’d established 24 years earlier – Wyatt Gallagher Bassett. Before spending over two decades as the CEO and Managing Director of Wyatt Gallagher Bassett, Peter also spent some years working as a Chartered Accountant with KPMG.

Never shying away from a challenge, in 2004 Peter came out of his brief retirement to purchase court transcription firm, Auscript, out of administration. His bid for the floundering company saved over 350 Australian jobs, but within a week of taking over Auscript, it lost a further third of its contracts and was in deficit. Determined to stick it out, Peter injected further capital into the business and went on to re-engineer the 80-year-old company into what is today a market-leading operation, with a 70% share of the Australian market. Over the last several years as CEO, Peter’s vision and passion have driven Auscript to set the world-standard in capturing the court record – delivering same-day transcripts at 99.5% accuracy (previously unheard of).  Auscript’s 400 team members now produce 2.5 million pages of transcript and record over 200,000 hours of courtroom audio a year.

Today, Brisbane-based FTR Group, in which Peter is the majority proprietor, is the 100% owner of Auscript and digital evidence recording software company, For The Record (FTR), which Peter acquired the in 2013. Using Auscript’s insights into transcription, FTR has developed software, which is now used in over 62 countries and 27,000 courtrooms. FTR’s real-time digital court recording technology is quickly seeing it become the world leader by providing fast access to a high-quality court record. The FTR Group has offices in Brisbane (two), Sydney, Melbourne, Adelaide, Hobart, Perth, Denver, Boston and London.

In early 2017 the FTR Group, under Peter’s leadership, was crowned a Westpac Business of Tomorrow. In 2015 Peter was awarded the Ernst & Young Queensland Technology Entrepreneur of the Year. That same year, he was also announced as a finalist for the EY Australian Entrepreneur of the Year and Brisbane Lord Mayor’s Business Person of the Year. He was also at the helm of the Company when FTR was listed by BRW Magazine as one of Australia’s Most Innovative Companies.

Peter sits on the Board of a number of private companies. He is also a member of numerous prominent organisations including: Australian Institute of Company Directors, The Chartered Insurance Institute (London), World Presidents’ Organisation, and the Australian and New Zealand Institute of Insurance and Finance. 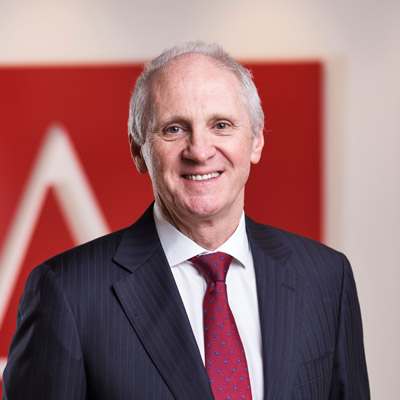