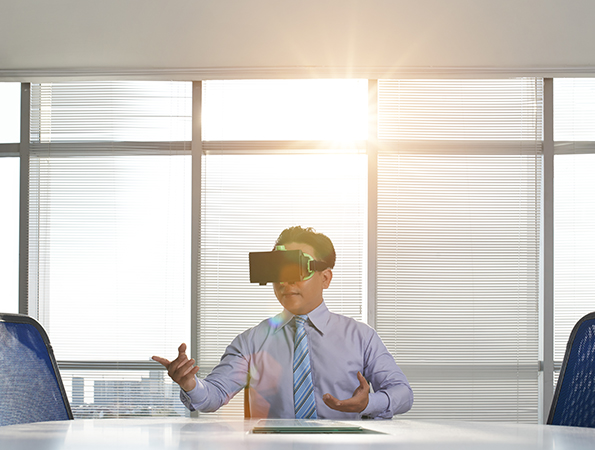 Court record of the future

Right now in Williamsburg, Virginia, in the world’s most technologically advanced courtroom –  the McGlothlin courtroom – a mock trial is being filmed in 360 degrees.

The McGlothlin courtroom has this year installed a full HD, four channel video recording solution from Auscript’s parent company, For The Record, and is now experimentally exploring the use of virtual reality in capturing the court record.

Imagine sitting in your office or chambers years after the event and putting on a virtual reality headset and being transported back in time, where you can watch the matter unfold and look at the faces of those in the room to explore their reactions and demeanour at that time.

This immersive technology could also offer a way for legal practitioners to remotely look inside the courtroom in real-time from anywhere, and watch a proceeding as if they were there.

While possibilities like a virtual reality court record are still an emerging concept, it is interesting to consider the role that technology may play in the courtroom of the future.

At Auscript, we are keenly aware of the role technology increasingly plays in the judicial process. While we may not be using virtual reality to review the court record this year, it is quickly gaining momentum.

Want to experience a virtual reality court record for yourself? Visit the Auscript booth at the 2017 QLS Symposium. Don a headset and we’ll transport you to the McGlothlin courtroom for a taste of the courtroom of the future.

Auscript is a proud sponsor of QLS Symposium 2017.