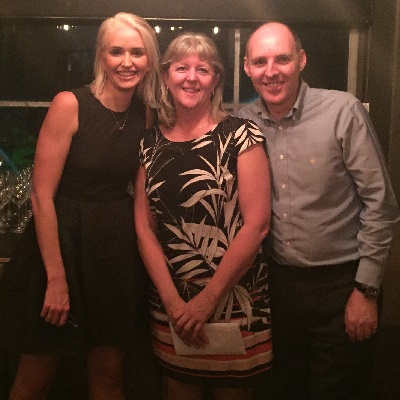 40 years of service for team member

Auscript recently celebrated a special anniversary with one of its longstanding employees marking 40 years of service.

Sylvia Purdie started with the company as an audio transcriber in 1977, continually advancing her career through the years and now manages our highest performing production office.

Her many achievements at Auscript are as impressive as her extracurricular activities – as a competitive shooter she represented Australia in numerous international championships, including winning Gold and Silver medals at the 1994 Commonwealth Games in Victoria, Canada.

In 40 years, Sylvia has seen enormous change in our processes and technology, including the evolution from 5-inch reel-to-reel recording machines, to cassette tapes, to digital recordings.

She has embraced new opportunities and improvements at every step. When Auscript was awarded new contracts in Australia, like Queensland’s Department of Justice and Attorney-General some five years ago, Sylvia was integral to establishing operations and ongoing efficiency.

And when Auscript expanded into the United Kingdom last year, she helped to onboard a local team of audio transcribers in England and Wales.

Congratulations Sylvia, on your 40 years of service to Auscript and a sincere thank you from the Auscript leadership team and our fellow team members for your dedication and commitment.